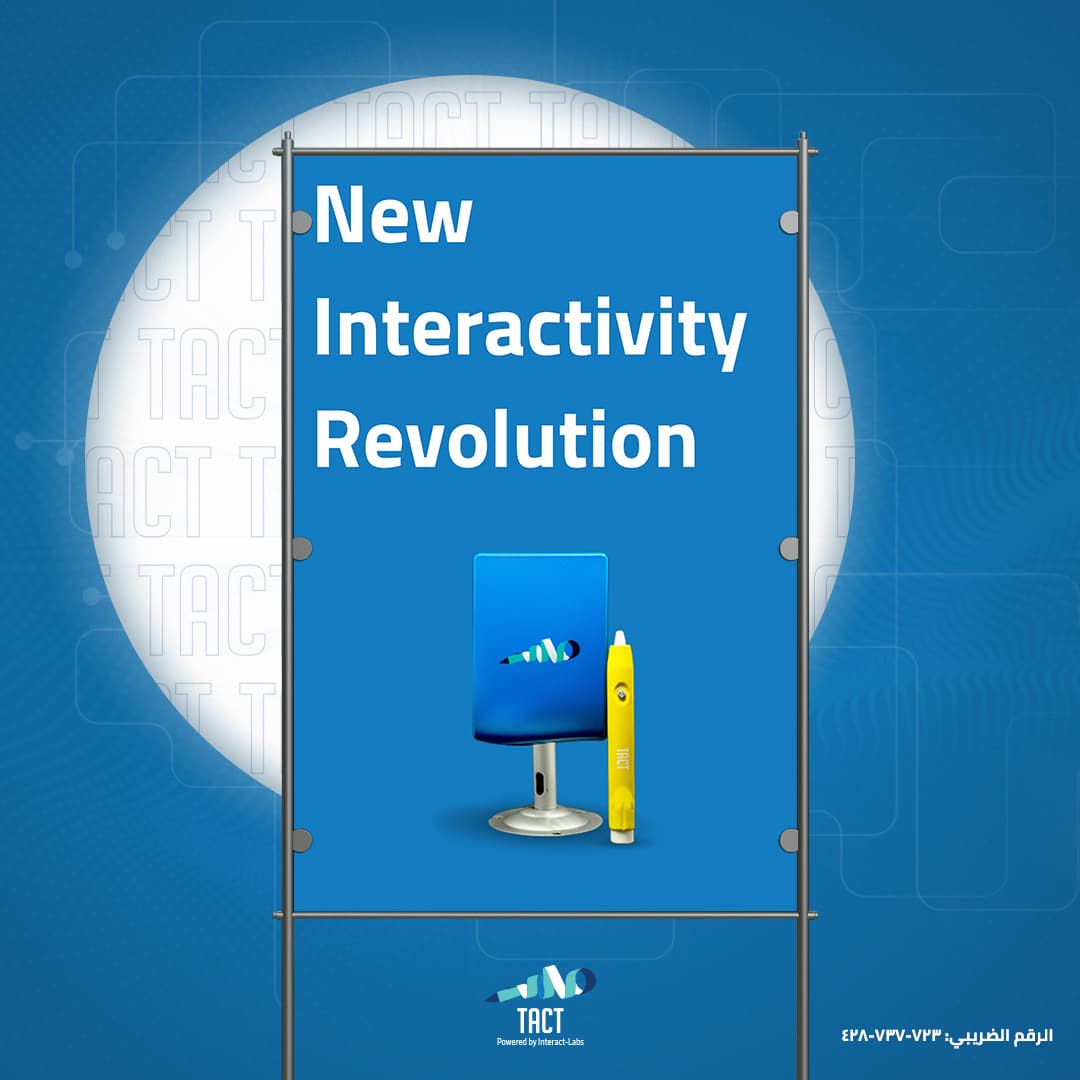 TACT.. From a graduation project to solve smart board problems to a global product

The story begins in one of the auditoriums of the Faculty of Engineering at one of Egypt’s public universities, which is packed with hundreds of students attempting to absorb the university professor’s speech to them, but no avail.

A projector or a smart screen, so you face problems with sound, controlling the displayed material, or the inability to present information smartly and interactively that integrates everyone and encourages them to understand and comprehend, especially when we add to this strange mix that the information studied by College of Engineering students has a lot of complexity, accumulation, and complexity.

It requires a smart environment as well as advanced smart  solutions that keep up with the times.

As a result, Mohamed Samir and his college colleagues devised a solution that overcomes the shortcomings and limitations of smart solutions represented by the smart screen or the smart board and provides a more simplified and intelligent space to assist both sides of the educational process: “the coach, the professor, the student, or the recipient,” and this device, which was named at the time, appeared. The Touchizer, which the students were successful in producing, performs the function of a smart board, but in a smarter and better way:

Touchizer transforms any surface into a smart space, regardless of the display area used: a regular screen, a smart  screen, or a projector. As a teacher, you can click, zoom in and out, and control the content in it in a much more efficient and effective manner than a smart board or smart screens.

Many people who tried it admired it, and the development journey continued until it reached an invention that competes with all producers of smart screens, smart boards, and all available display tools. It was sold and contracted to hundreds of businesses all over the world. What happened to lead to this colossal success?

2019..The actual start of the product in the smart board market.

After the team graduated from college, and after the positive feedback from which they received many, they decided to continue strongly and compete with the smart board and smart  screen, so Touchizer turned into an experimental product that was shown to hundreds of trainers, lecturers, teachers, professors, and all those working in the education and training sector who They use the smart board and the smart screen heavily, and listen to their opinions and comments about the product and what they want the team to develop in it to achieve the benefit and value they need and overcome all the problems of the smart board in Egypt and smart screens in schools, training centers and university halls.

After trips of experiments, surveys, development and experimentation, the year 2019 came to witness the appearance of the first stable version of Touchizer with distinctive specifications that everyone is looking for, and its name was transformed to keep pace with this development to TACT with a completely new identity, and a company that emerged to produce integrated smart technology solutions represented in At Interact Labs.

TACT came from the expression “To Act”, meaning that this device will push you to interact, and transform the process of communication and information presentation into a beautiful smart story, which represents a qualitative leap in the field of education and beyond smart screens and smart boards.

Investments and partnerships for success and development of the concept of smart boards:

With the whole branding, the faith of companies, capital owners, and investors has increased in this smart  solution that will change the shape of the smart board forever. The year 2019 witnessed the partnership of Interact – Labs with the famous accelerator Flat 6 labs to invest in the development of TACT and its distribution in the Egyptian and Arab market, then The global business incubator, the Misr El-Khair Bridge, as an investor, and other partnerships that provided good funding contributed to many of the developments that took place on the Tact device to play its role as a smart and smart display tool that competes with the best and latest smart boards and smart  screens, and from these updates, to name a few. :

International awards and global conferences..TACT expands in the electronic board market:

Interact-labs with Tact has participated in many smart  technology solutions competitions at the Arab world level, and then at the global level, including the Prince Abdulaziz bin Abdullah International Prize for Entrepreneurship, the Excellence Awards on the Egyptian Engineering Day, and encouragement prizes in the Nahdet El Mahrousa competition, and at the global level. Intel Business MENA Challenge Award.

Interact-labs with Tact had a strong presence in many conferences such as Cairo ICT, GITEX in Dubai in 2019, and the Last World Youth Forum in Sharm El-Sheikh, where the team reviewed the advantages of the device and the tremendous capabilities it gives to users of the smart board and smart screen, and succeeded in establishing partnerships with large companies with a strong reputation in the market such as pharmaceutical giant Sanofi, its counterpart GSK, and BMW from the automotive sector.

2020…a global recession that we have steadily and powerfully overcome.

After the pandemic of the Coronavirus, and the recession that pervaded the global economy, especially the technology market, the smart board, and smart displays, but despite that, with more work and effort, our interact-labs team was able to overcome the crisis and achieve 70% of the target sales percentage for that year, which is what Such a pleasant surprise to all of us.

2021.. Growth vertically and horizontally and launch the third version of the smallest and smartest board.

Tact has reached the pinnacle of maturity with the business concept, and after much debate and to continue improving, we released the third version of Tact, which saw many improvements, including:

This year, our partnership with the Arab Organization for Industrialization witnessed the stages of product manufacturing and marketing, which gives us a strong guarantee certificate on the solidity and durability of the Tact product and that it is free from technical and technical defects as much as possible in all stages of manufacturing.

And the best is yet to come..

We plan to add a touch control feature without a stylus, and turn the screen into a full “Finger touch” space, and we are currently working on developing the device’s integration with Android systems, thus working with all smartphones, tablets, Kindle e-readers, and others.

Join thousands around the world and enjoy an unparalleled smart experience with the Tact device, and request a free trial of the device with training in handling, and a 3-year warranty by contacting us on: … 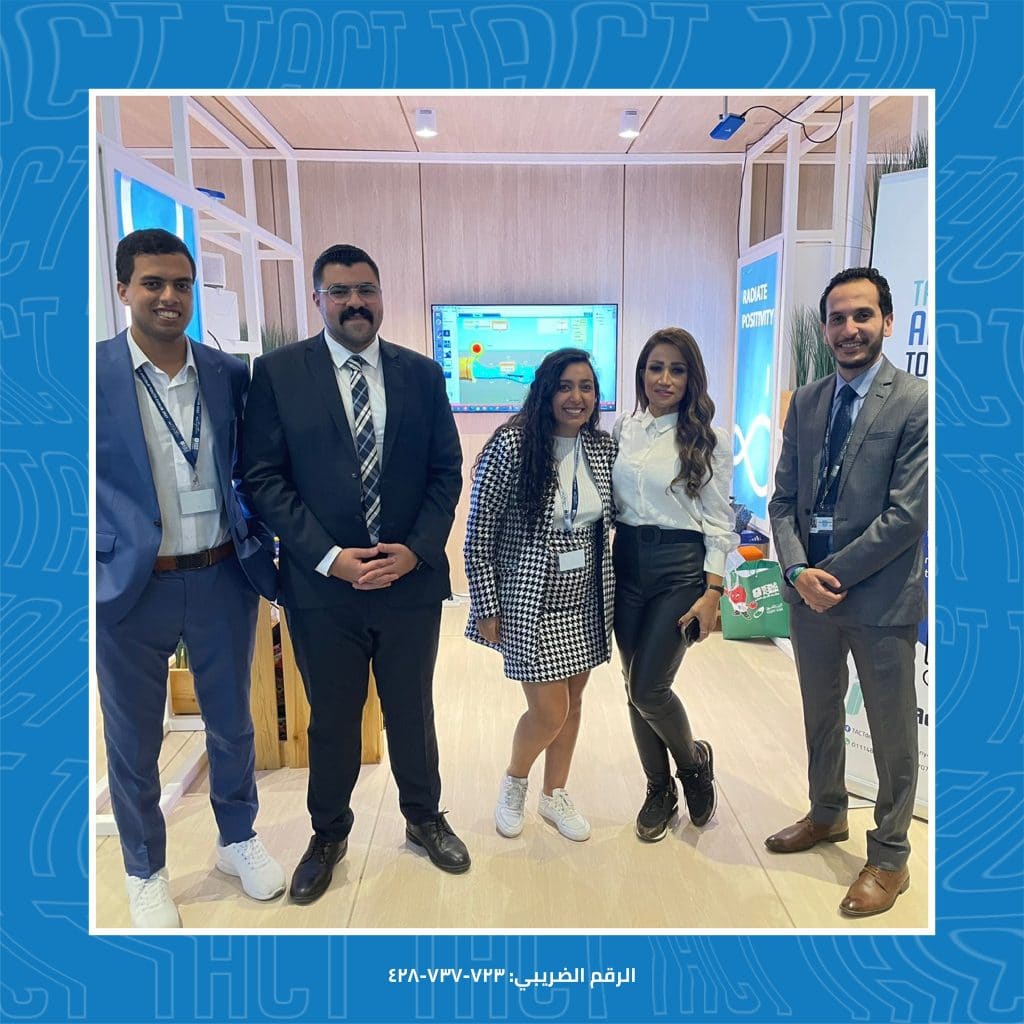